CenCON also reviews development plans for projects both within and affecting the City of Centennial and gives requested critical input as an official referral agency of the Community Development Department. Our input regarding planned developments is seriously considered by the Planning & Zoning Commission, the Mayor, City Council, and staff.

Meetings are attended by a CenCON representative, elected or appointed by each member association,

and are open to the public, but CenCON reserves the right to limit public comment.

CenCON has no legislative authority and is effective only by working cooperatively with city officials as the responsible, collective voice of City of Centennial residents.

During periods of rapid growth and expansion within the City of Centennial, the possibility of well-planned developments being considered in the vicinity of your neighborhood is greater than it has ever been.  It is vital that CenCON's respected voice on development issues not only be maintained, but also becomes stronger than ever – it can and with your membership and "active input," your neighborhood's voice will be fully represented!

Meetings are held on the fourth Monday of every month, except December, at 6:45 p.m. at the Arapahoe Library Administration Building at 12855 E. Adam Aircraft Circle.  In the event that the fourth Monday of the month is a holiday then the meeting is either cancelled or moved to an alternate day as selected by the membership.  Check the Meeting Schedule for exact dates.  Membership dues are $30.00 per annum. 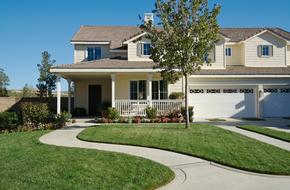 CenCON meets eleven times a year to impart important information from the City and many special districts that serve our members.  Your CenCON representative brings this information back to your association for dissemination to your homeowners by means of monthly meetings, newsletters, etc.

Information is presented at each meeting by: